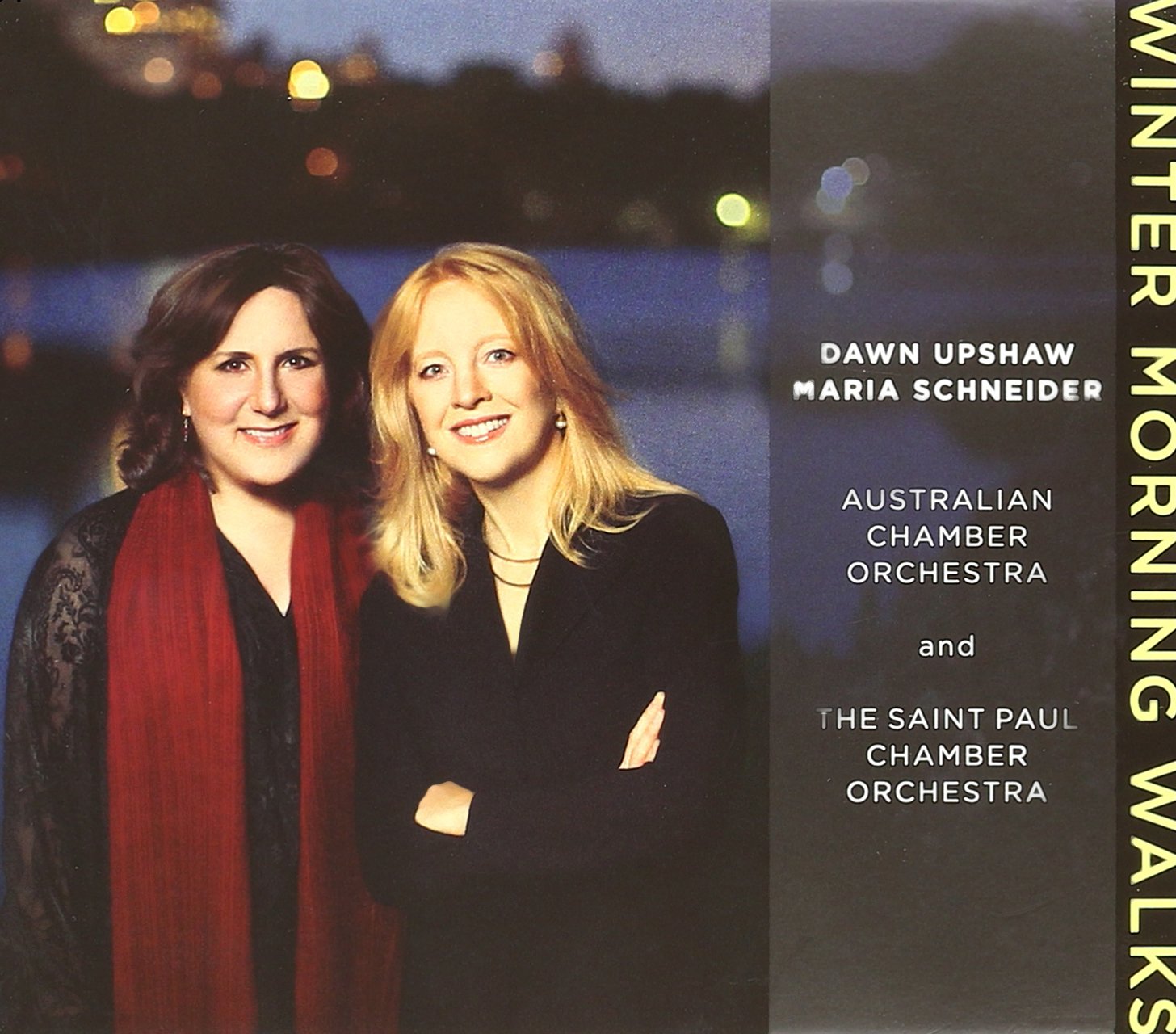 Winter Morning Walks is the first partnership between Schneider and Upshaw, bringing together two preeminent figures in jazz and classical music. Schneider has been commissioned to compose for jazz orchestras and artists all over the world, & has won multiple GRAMMY Awards. Writing for TIME Magazine, Terry Teachout said, “To call Schneider the most important woman in jazz is missing the point … She’s a major composer–period.” Upshaw was also deemed “one of the most consequential performers of our time” by the LA TIMES, is a multiple GRAMMY winner and MacArthur Fellow, and has performed at the Metropolitan Opera over 300 times. In 2004 Schneider pioneered the fan-funding model through ArtistShare with Concert In The Garden, the first web-exclusive recording to win a GRAMMY. With Winter Morning Walks she has become one of the first artists to record major orchestras with fan-funding methods. Winter Morning Walks features the Australian Chamber Orchestra & consists of nine pieces including poetry by Ted Kooser, taken from his book of the same name. Three musicians long associated with Schneider’s jazz orchestra, Jay Anderson, Frank Kimbrough, and Scott Robinson, seamlessly add colorful improvisation throughout these pieces. Carlos Drummond de Andrade Stories features The Saint Paul Chamber Orchestra and consists of five songs with poetry by Carlos Drummond de Andrade of Brazil.