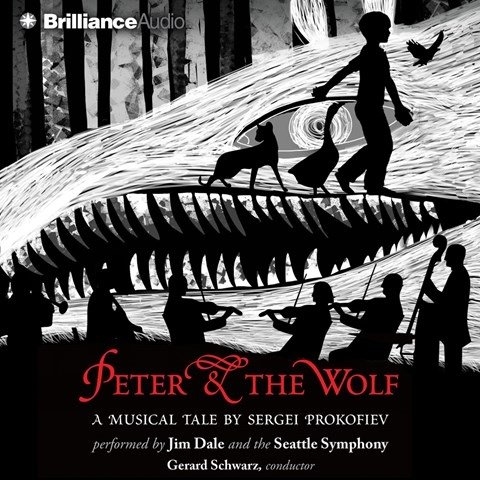 Peter and Wolf: A Musical Tale by Sergei Prokofiev

Brilliance Audio is proud to introduce its own version of Prokofiev’s “Peter and the Wolf” with multi-Grammy Award-winner Jim Dale as narrator. To delight the millions of Jim’s fans, his reading of Peter and the Wolf will include unforgettable vocal characterizations of the various animals, young Peter, and Peter’s grumpy old grandfather. The music of Peter and the Wolf, including some of the best-known classical melodies, is superbly performed by the award-winning Seattle Symphony, led by music director Gerard Schwarz.