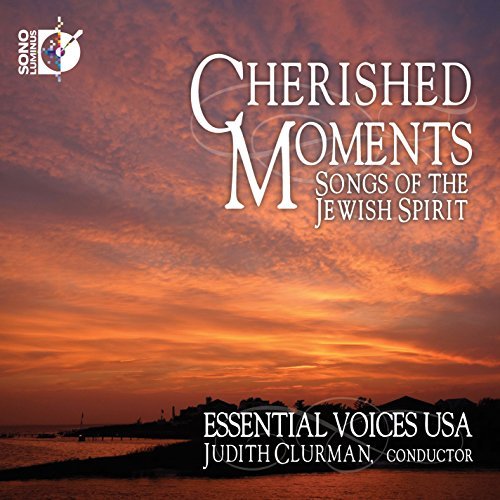 “This CD was made because I needed to record ‘Songs of Freedom: A Celebration of Chanukah’,” Judith Clurman says. “I had an idea about 10 years ago that I wanted to have a good medley of Chanukah tunes composed, the same way many pop orchestras perform the ‘Many Moods of Christmas’ of Robert Shaw and Robert Russell Bennett. I was prepping choruses for the New York Pops and the executive director came to me and said we need something. So I put my thinking cap on and I said, ‘OK, we need to do this.’

“I put a medley together which tells the story of Chanukah. It begins with ‘Oh Chanukah, Oh Chanukah,’ which was originally a Yiddish folk melody. And it really says what happens on the holiday. We’re celebrating by lighting the menorah, we’re dancing, and we’re singing. The next piece is ‘S’Vivon.’ ‘S’Vivon’ is an old folk melody — it describes the spinning of the dreidel. The next is ‘Lichvod Ha Chanukah,’ another folk melody. The solo baritone sings this. It describes the parents lighting the menorah and cooking potato pancakes. Moving on, we go to ‘Mi Y’Maleil,’ another folk melody. It is a setting of a Psalm: ‘Who could retell the mighty acts of God?’ Next, ‘Ha Neirot Halalu,’ which I think is my favorite.”